The evaluation process is free. Also, you will never be charged a dime unless we make a recovery for you.

If you or your child has been seriously injured or killed at a water park we know that it may be devastating to the whole family. The sad truth is that a water park drowning is usually preventable. Consequently, when we consider a water park lawsuit, we will relentlessly search for all parties or companies that are responsible for the accident.

Unfortunately, far too many water park accidents are the result of property owner carelessness. Negligence plays a big part in many drownings and near-drowning cases.

In addition, a lack of supervision, lack of life guards, lack of warning signs, or even an actual problem with the premises may be to blame. In addition, premises & product liability laws can help to hold water parks responsible and accountable.

Cliff Roberts’ team recently settled an electrocution injury claim including the comp claim for over 2 million dollars. A carnival ride hit a power line and shocked our client. The client underwent surgeries to the side of his foot as a result of the shock. 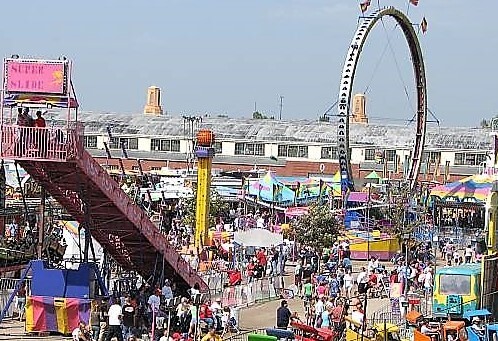 Alarmingly, the U.S. Consumer Product Safety Commission estimates that there were over 43,000 injuries from amusement attractions in 2017 alone.

In addition, Amusement park rides (such as roller coasters, water features/slides, bumper cars, spinning rides, and the like) cause a large number of injuries each year making them ripe for a water park lawsuit or an amusement park lawsuit.

Cliff Roberts will investigate your water park lawsuit, Roller coaster lawsuit and/or fair ride accident once you fill out the free form above.

Therefore, depending on what caused the injury or death, legal responsibility may rest with the Park’s owner, the negligence of the Park’s employees, the designer or manufacturer of an Amusement Park ride, layout of the Park or water park features, premises liability, a concession stand owner, or another company entirely different.

Thus, many times there is more than one company that may be wholly or partially at fault and responsible for paying compensation to the victim.

Early Investigation is the key to your case

Whether it is a water park drowning lawsuit, a fair ride accident lawsuit, a roller coaster lawsuit, or an amusement park lawsuit, it is vital to investigate the case as soon as possible. Accordingly, it is important for us to gather:

What damages are potentially recoverable:

Acceptance of your case:

Amusement park cases or a water park lawsuit cases involving catastrophic injury or death may require costly case preparation which may include one or all of the following: extensive investigation, high tech photography, in depth witness interviews and preparation, detailed medical records retrieved, and experts in the medical, economic, reconstruction and many other fields are generally interviewed and/or retained.

Never a fee unless you win:

Cliff will conduct a free initial consultation with you concerning your case. Furthermore, Amusement Park injury and wrongful death cases are handled on a contingency percentage basis – meaning simply, that our fee will be a percentage of any money damage recovery.

The deadline for filing a claim varies by State. Further, it will depend on the facts of each case.

Accordingly, a good Amusement Park accident attorney will tell you that If you do not file your claim by the deadline then you will lose your right to recover any money at all. Finally, attorney Cliff Roberts can tell you the specific deadline in your case.

In conclusion, it is very important that you take action now. Please e-mail us the free case review form. Our evaluation is free and confidential.