Cliff Roberts’ team recently settled an electrocution injury claim including the comp claim for over 2 million dollars. A carnival ride hit a power line and shocked our client. The client underwent surgeries to the side of his foot as a result of the shock. 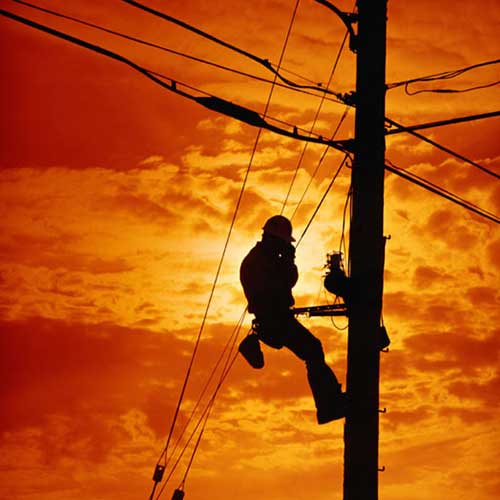 Climbing a tree, flying a kite, fruit picking or other activity.

Electrical shocks at work cause more than 300 deaths and 4,000 injuries each year among the U.S. workforce. Electricity is present at most job sites and many American workers are exposed to electrical energy daily during the performance of their tasks. These hazardous exposures may exist through contact with an object such as as a broken light bulb or even with an energized overhead power line.

Electrical current does expose workers to serious workplace hazards. Many workers are exposed to electrical energy while completing their daily responsibilities. Yet many are unaware of the potential electrical hazards present in their work environment making them even more vulnerable to the danger of electrocution.

Statistics clearly show that exposure to electricity is still a major cause of deaths among workers. Among electricians, the biggest concern is working “live” or near live wires, instead of de-energizing and using lockout/tagout procedures. Among non-electricians the failure to avoid live overhead power lines and an apparent lack of basic electrical safety knowledge are the major concerns. Over 140 construction workers are killed each year by contact with electricity. Electrical workers had the most electrocutions per year followed by construction laborers, carpenters, supervisors of non-electrical workers, and roofers.

A major cause of electrocutions especially among non-electrical workers was contact with machinery, appliances, power tools, portable lights, faulty GFCI outlets and defective extension cords. In many of the electrocutions, electrical workers and other workers touched metal objects that had become energized through contact with live electrical equipment and wiring or with overhead power lines. The most common contacts were with metal ladders, metal pipes, metal wires that were deliberately cut or stripped or were accidentally cut by drills or other tools, wires that were energized by contact with live wires, and energized trucks and other vehicles.

Electrocutions as a result of metal objects contacting overhead power lines involved numerous electrical workers and construction workers. The most common examples involved metal ladders, cranes, aerial lifts, trucks or heavy equipment, wires, metal poles, and metal scaffolds or scaffold parts. Working in cramped areas was a contributing factor in multiple electrocutions. For electricians, working in attics or above drop ceilings was a risk and for other workers, working under houses, in basement crawlspaces, or in attics. Standing in water or having equipment such as trouble lights and extension cords touching water was a contributing factor in several electrocutions.

The most common injuries that are sustained when dealing with high voltage are caused by contact with overhead or underground electrical lines. Fatalities are most often attributed to contact with overhead power lines. This is usually the result of contact through equipment, such as ladders, tools and cranes.

Nonfatal electrical injures in construction had contact with wiring, transformers, or other electrical components. Also, contact with the electric current of machines, tools, appliances, or light fixtures cause many injuries.

If a machine or some type of powered tool has a defect that can lead to electrical hazards. Obviously, electrical machines, devices, and tools are not suppose to shock you; yet, shoddy designs and defective parts can cause injury and death.

Work-related accidents happen far too often. Ordering a non-trained employee to work with electricity or having them work with known electrical hazards are some of the ways electrical accidents can happen.

Premises liability issues are common. Electrical injuries occur when wiring or electrical objects are exposed to everyday passers by. Wires hanging down or exposed outlets are two common dangers. Commonly liable property owners include apartment complexes, Hotels, stores, and shops. Swimming pool electrocutions happen far too often and liability can be found among the property owner and pool contractors.

Maintenance issues and hazards with power lines are a potential problem. Power companies are responsible for running electricity and cables up and down our roads. No ordinary citizen should be exposed to electrical hazards. Things like low-hanging wires and broken poles pose serious hazards. Many times, businesses like cable companies will need to do work near power lines and request that they be turned off. If the power company neglects to do so, that’s a tremendous hazard to the workers. In addition, Power companies have vegetation (Tree) management policies to trim trees that may interfere with ungrounded supply conductors. Many times Power companies neglect their duty in this regard and tree climbers/trimmers are injured or killed. 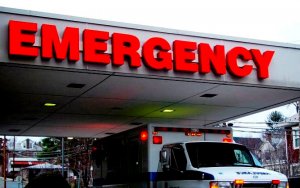 Electric current can cause injury in three ways:

There are many possible responsible parties and theories of Liability. You can see several in our real case examples above.

When we look at the common causes of electrical accidents, we see

Damages claimed may include:

A manufacturer owes the people who buy the product a certain duty, namely, to design and sell a safe product. If a defectively designed product malfunctions and shocks someone, then the manufacturer can be held liable.

Your employer owes you a duty to keep you safe from hazards in the workplace. They also owe you a duty to make sure you’re properly trained to use all the necessary equipment, tools, and machinery.

Everyone who owns property or a business owes their customers some duty of care. For homeowners, it’s not very significant, but for store-owners and business owners, they owe their guests called invitees a higher duty of care.

Apartment complexes and hotels owe their tenants/invitees a duty of care. Specifically, these property owners owe it to their invitees and lessees to make sure all their electrical wiring is properly grounded. No wires or lines should be exposed. Pools should be safe. They also owe a duty to warn against potential dangers.

If you suffer an electric shock injury while you’re on someone else’s property – be it a business or a private home – your electrocution attorney can sue for compensation if you can prove that the property owner breached the duty of care that they owed you. Often times, that means proving that there was an electrical hazard exposed, and the property owner did nothing to fix it or to warn others. Should you hire an electrocution attorney after being electrocuted?

A power company owes a duty to both the general public and other businesses. Power companies owe it to the general public to fix any broken or low-hanging power lines within a reasonable amount of time. They’re also responsible for fixing broken poles. Also, when a cable company or a phone company needs to get near power lines, it’s the power company’s duty to make sure they shut off the electricity in that area. In addition, if Power companies fail to trim trees near a conductor and injury occurs they may be found negligent. In general, you may be able to file a lawsuit against a power company under a theory of negligence. The concept is simple: the power company owed a duty to either trim vegetation, shut off the power, or fix an electrical hazard, and they did not. If you can prove that the power company was negligent, then you can sue them for compensation. Power Company electrocution case examples

Planning can help prevent injuries. Walk the job site, figure out the potential risks or dangers, list the steps involved in each task, list the hazards associated with each of those tasks, and plan how to mitigate or eliminate those risks.

However, far too often these simple strategies are ignored.

Accordingly, the National Electrical Safety Code (NESC) sets certain ground rules. The purpose of the NESC is to safeguard persons during the installation, operation, or maintenance of electrical supply and communication lines, equipment, and associated work practices employed by a public or private electric supply, communications, railway, or similar utility in the exercise of its function as a utility.

OSHA enforces compliance with certain rules. These rules are to promote safety and ensure that America’s workforce has a safe environment in which to work. Similarly, the law requires employers to follow certain safety standards. The law imposes a duty to use care with electric lines. In addition, a power company must reduce hazards to life in maintaining power lines. Inspecting wires and other equipment is important. Also, correcting hazards is key. Finally, standards and regulations also include the best safety practices.

However, many electric companies and employers continue to break the laws. Thus, they should pay when injuries and death occur. Similarly, defective products that can cause shock should make the manufacturer liable.

Therefore, the laws may hold electric companies accountable. Employers, manufacturers, and others should all be held accountable when they have breached their duty or the law.

The deadline for filing a claim varies by State. It will depend on the facts of each case. If you do not file your claim by the deadline, you may lose your right to recover any money at all. As an Electrocution Lawyer Cliff Roberts can tell you the specific deadline in your case. ELECTROCUTION LAWSUIT

It is very important that you take action now. Please e-mail us the short case review form. Our evaluation is free and confidential.